48 Parks to Visit in Portland, Oregon 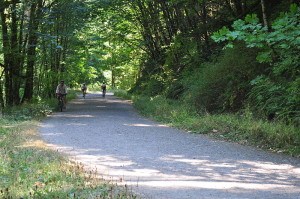 You’ve heard of urban sprawl… but have you heard of sprawling urban wilderness? If not, then you probably haven’t been to Portland, Oregon, which more than 10,000 acres of public parks in and around the city, famed for its eco-conscious population.

Near the highways and byways, Portland’s easily accessible parks are enjoyable during each season, but all the more so in spring, when you can watch nature come alive after a long winter. You can mark the passage of the seasons by the bloom of the woodland flowers, the buds of the hardwood trees, or the harmonic calls of the hundreds of migrating bird species that return to the parks every year.

It’s no wonder that people are overwhelmed by the beauty of these parks. If you find yourself hugging a tree while exploring, you’ll be in good company: Portland entered the Guinness World Record title for the largest tree-hug in 2013!

No matter how outdoorsy you are, there’s something for everyone, whether you want to paddle, hike, bike, fish, horse ride, or simply observe nature and discover the scents and sounds that make spring in Portland so irresistible.

At Keith Green, we proudly serve Portland and the cities west of Portland, such as: Beaverton, Hillsboro, Forest Grove, Portland west hills, and Cornelius